Asus on Tuesday launched AMD Ryzen 4000-series powered TUF A15 and TUF A17 gaming laptops in India. Starting at Rs 60,990, the TUF A15 notebook will be available in bonfire black (FA506) and fortress gray (FA566) colours, whereas, the TUF A17 (FA706) will be available in fortress gray colour only. Along with the TUF laptops, the Taiwanese electronics maker also launched AMD Ryzen powered GA15 and GA35 desktops under its gaming ROG brand.

The TUF Gaming A15 and A17 are powered by AMD Ryzen 4000-series mobile processors with up to eight cores and sixteen thread configuration, paired with up with a Nvidia GeForce GTX 1660 Ti and GeForce RTX 2060 discrete graphic processing units, respectively. The laptops support up to 32GB dual-channel DDR4-3200 RAM and come with solid state drive (SSD) storage of up to 1TB. Both the notebooks boast dual anti-dust fans to keep thermals in check. 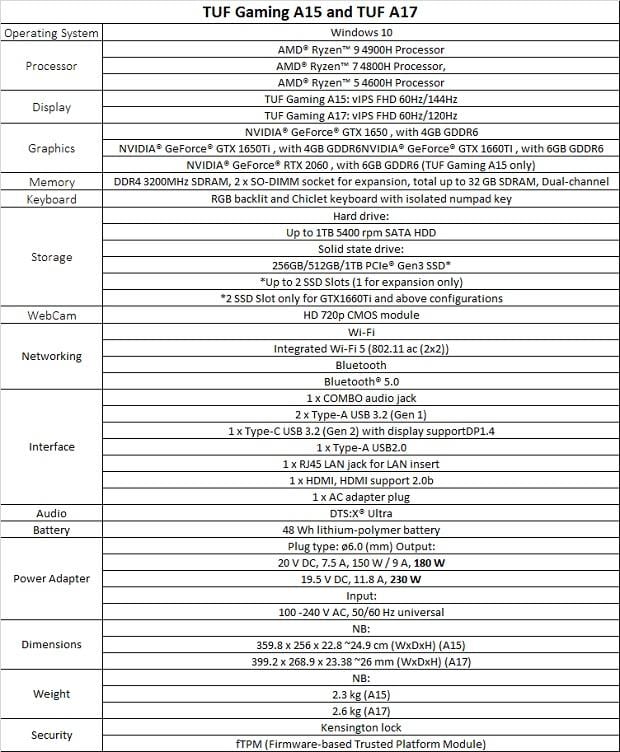 The ROG Strix GA15 is powered by up to AMD Ryzen 7 3700X 8-core CPU, paired with NVIDIA GeForce GTX 1660Ti GPU. It supports up to 32GB DDR4-3200MHz memory and boasts 1TB NVMe SSD storage, expandable up to 2TB. The GA15 supports fast charging and data transfer via reversible Type-C port with peak interface bandwidth of 10Gbps via USB 3.2 Gen 2. It has five Type-A USB 3.2 Gen 2 ports to connect peripherals. For gaming or streaming 4K video on the big screen, the desktop has HDMI 2.0b port and the DisplayPort 1.4. It has Wi-Fi 5 for Gigabit LAN speed and low latency connections for online gaming. The ROG Strix GA35 is powered by AMD Ryzen R9-3950X CPU with 16 cores and 32 threads, paired with GeForce RTX 2080 Ti GPU. The desktop has dual M2 SSD slots with heatsinks that is touted improve thermal efficiency for sustained performance. It supports up to 128GB of dual-channel DDR4-3200 memory, and has an upgradable latest-gen PCI Express 4.0 SSD with up to 1TB storage. The desktop has two hot-swap SSD bays to make switching hard drives hassle-free. 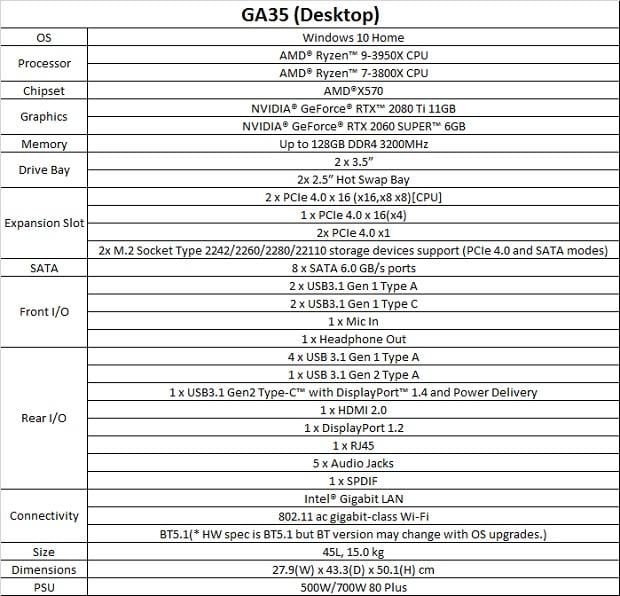 Pandemic speeding up automation; 85 million jobs are on the line: WEF

Be cautious of how you use social media: Cyber experts to Noida teens