Spain’s Carreno Busta, who will be eyeing a place in his maiden Grand Slam final, will face fifth seeded Alexander Zverev in the last four after the German rallied to take down Borna Coric 1-6, 7-6(5), 7-6(1), 6-3 earlier on Tuesday.

The oldest of the men’s quarterfinalists at 29, the Spaniard had looked down and out when his Canadian opponent, who had lost the doubles quarterfinals partnering Rohan Bopanna, served him a bagel in the fourth set.

However, after getting some treatment to his lower back, the 2017 semfinalist Carreno Busta fought back gamely to seal the deciding set in a match that went past 1 a.m. here. 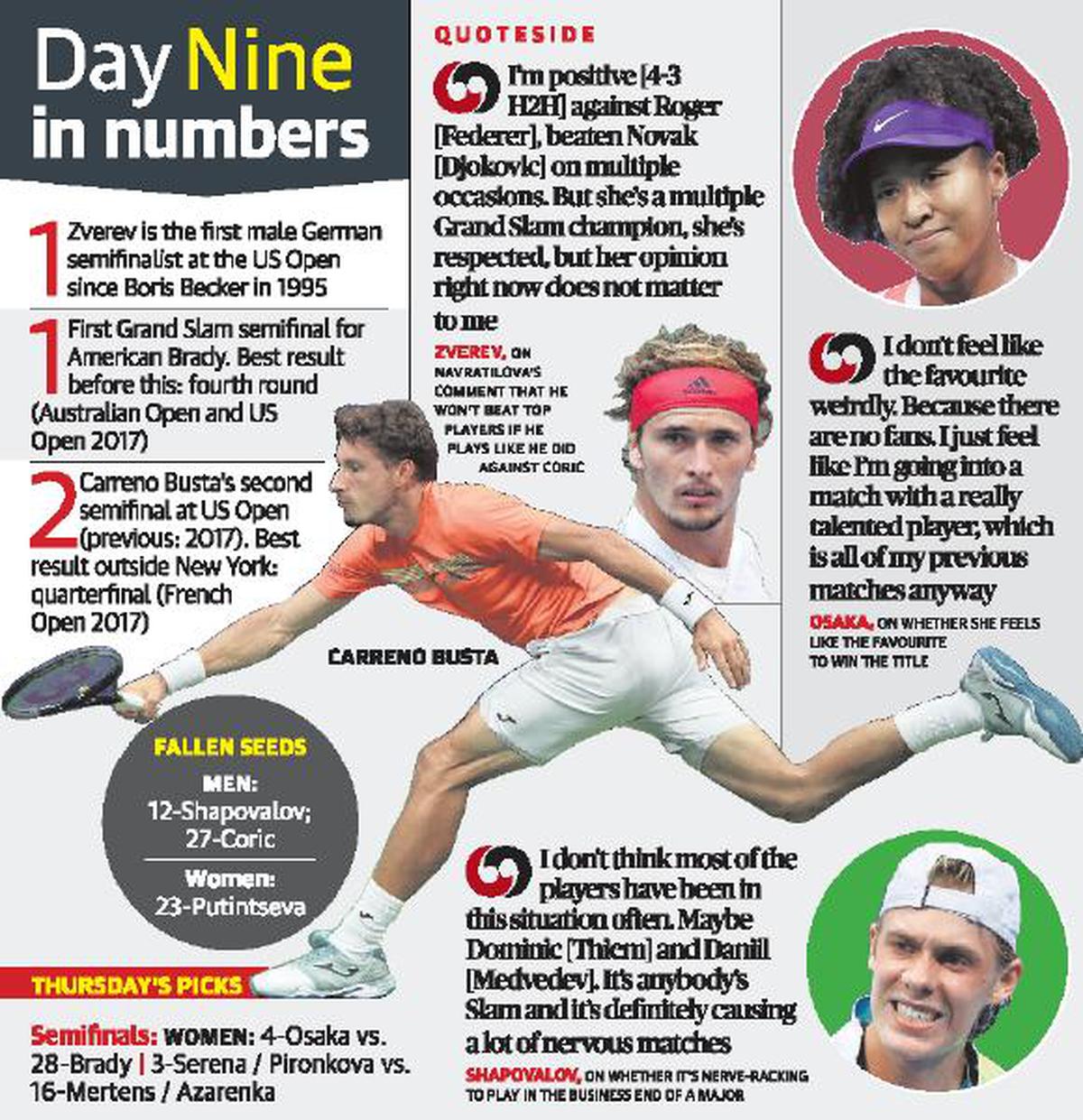 In the other quarterfinal, Zverev, after a slow start, raised his game as the match wore on and showed more poise in the crucial moments against the 27th seed to become the first German to reach the last four at the U.S. Open since Boris Becker in 1995.

In the women’s section, Naomi Osaka’s sharp serving and superior return game helped her past American Shelby Rogers 6-3, 6-4 and into the semifinals as the Japanese continues her quest for a second title at Flushing Meadows.

Osaka broke at love to take a 5-3 lead in the first set, where Rogers hit 16 unforced errors, and held serve to claim the set. Osaka broke again early in the second set for a 2-1 lead and won when Rogers dumped a forehand into the net on match point for her 28th unforced error.

Next up for Osaka is in-form American Jennifer Brady, who continued her surprising surge with an easy 6-3, 6-2 victory over Kazakhstan’s Yulia Putintseva to reach her first Slam semifinal.

French Open | Ramkumar bows out of qualifiers, Ankita to clash with Jovic