“We are talking about phenomenal numbers here, so you mentioned seven to eight years of cricket and at the rate he (Virat Kohli) is going, yes, he can definitely knock it off,” Lee said while speaking on a channel.

Lee, who played 76 Tests, 221 ODIs and 25 T20Is for Australia, however added that it still will not be easy to break Tendulkar’s massive record.

“But, how can you say someone can go past Sachin Tendulkar — this is God here, can someone go better than God, we will wait and see,” the 43-year-old said.

Tendulkar made his debut against Pakistan at Karachi in 1989 as a 16-year old. The master batsman went on to play 200 Tests for India, scoring 100 centuries across Tests and ODIs. In 463 ODIs, Tendulkar scored 18,426 runs including 49 tons and in Tests, he has 15,921 runs to his name including 51 centuries. 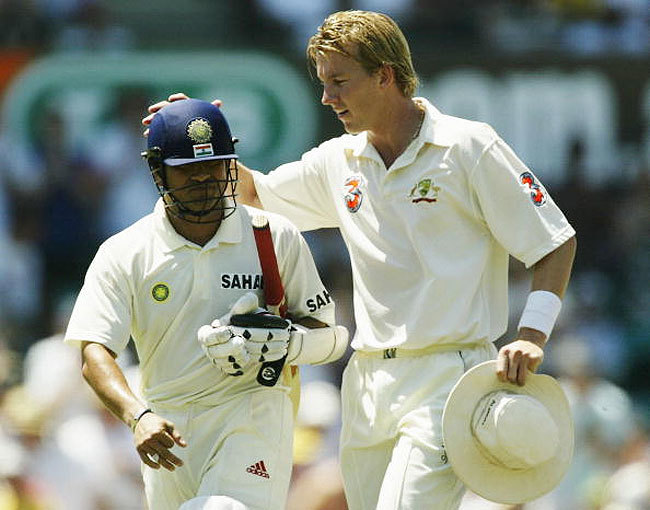 Kohli, on the other hand, has scored 43 ODI hundreds and 27 Test tons so far in his career.

According to Lee, three factors work in favour of the current India captain in surpassing Tendulkar’s cricketing feats.

“It comes down to three things, there is one thing I would like to eliminate – so, you talk about talent as a batsman, he’s definitely got that talent, eliminate that first and foremost,” he said.

“Then fitness – Virat Kohli has got that fitness, so for me it is all about fitness at the age of 30 and also that mental strength, the mental capacity to get through those hard times, being away from home, from his wife, or when they will have children.

“He will do it easily with his talent, it comes down to his mental strength and if he stays fit enough and I believe he has got all those three components to go past Sachin,”? the former fast bowler added.

On Friday, Lee had termed Tendulkar a legend and wrote: “Happy birthday legend Sachin Tendulkar. Even though that the battles on the cricket field have now ceased, the friendships will last forever! Stay safe mate and have a wonderful celebration.”

Happy birthday legend @sachin_rt Even though that the battles on the cricket field have now ceased, the friendship… https://t.co/tNHDCWuB85

5 mistakes that are making your oily face oilier