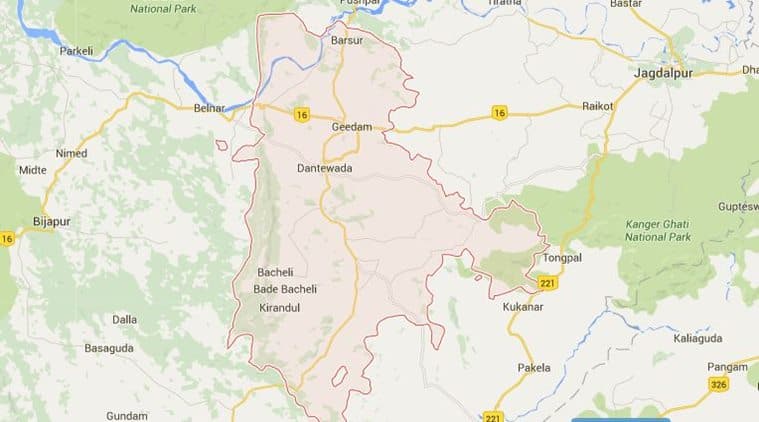 Chhattisgarh: Senior district officials told The Indian Express that the incident took place on the sidelines of a Raksha Bandhan programme organised by the CRPF at the girls’ hostel. (Source: Google Maps)

Police have registered a case against unidentified members of the CRPF after it was alleged that girl students of a government residential school at Palnar in Dantewada were inappropriately touched. The alleged incident took place on July 31. A five-member district-level committee was constituted to look into the allegations, after which a case was registered on Monday. Senior district officials told The Indian Express that the incident took place on the sidelines of a Raksha Bandhan programme organised by the CRPF at the girls’ hostel. “This Raksha Bandhan programme is being held for the past four years, where students tie rakhis on the personnel. This year it was held in collaboration with a media channel,” a district official said.

Abhishek Pallava, Additional SP (Dantewada), said, “The allegation is that some girls went to the toilet during the programme. Two men in uniform met them and said they were to be frisked. One person then touched them. The children told their principal, and a case was registered under Section 354 IPC and POCSO. Once we get statements recorded under Section 164, more sections could be added.” Dantewada Collector Saurabh Kumar said, “If true, stern action will be taken after identification. I met the girls and ordered a five-member panel inquiry. A case has been registered.”

“The allegations are serious. The investigation has to be done sensibly because the CRPF camp and the hostel are close to each other. While some elements may be like this, trust must not be broken,” an officer said. AAP tribal leader Soni Sori alleged that the district administration and the police were hushing up the matter and that she was not allowed to meet the students or the hostel staff.

Chandigarh Stalking Case: Why was she out late at night, BJP leader asks, faces flak

UP Madarsa Board Result 2020 releasing shortly on madarsaboard.upsdc.gov.in.

What are the different skin undertones and how to determine them

The beauty of first dates! 7 people reminisce their mushy yet...

Dear society, 7 things I would like to tell you before...

How doctors relieve their stress in the time of pandemic

ED sleuths failed to answer my question on benefits given to...