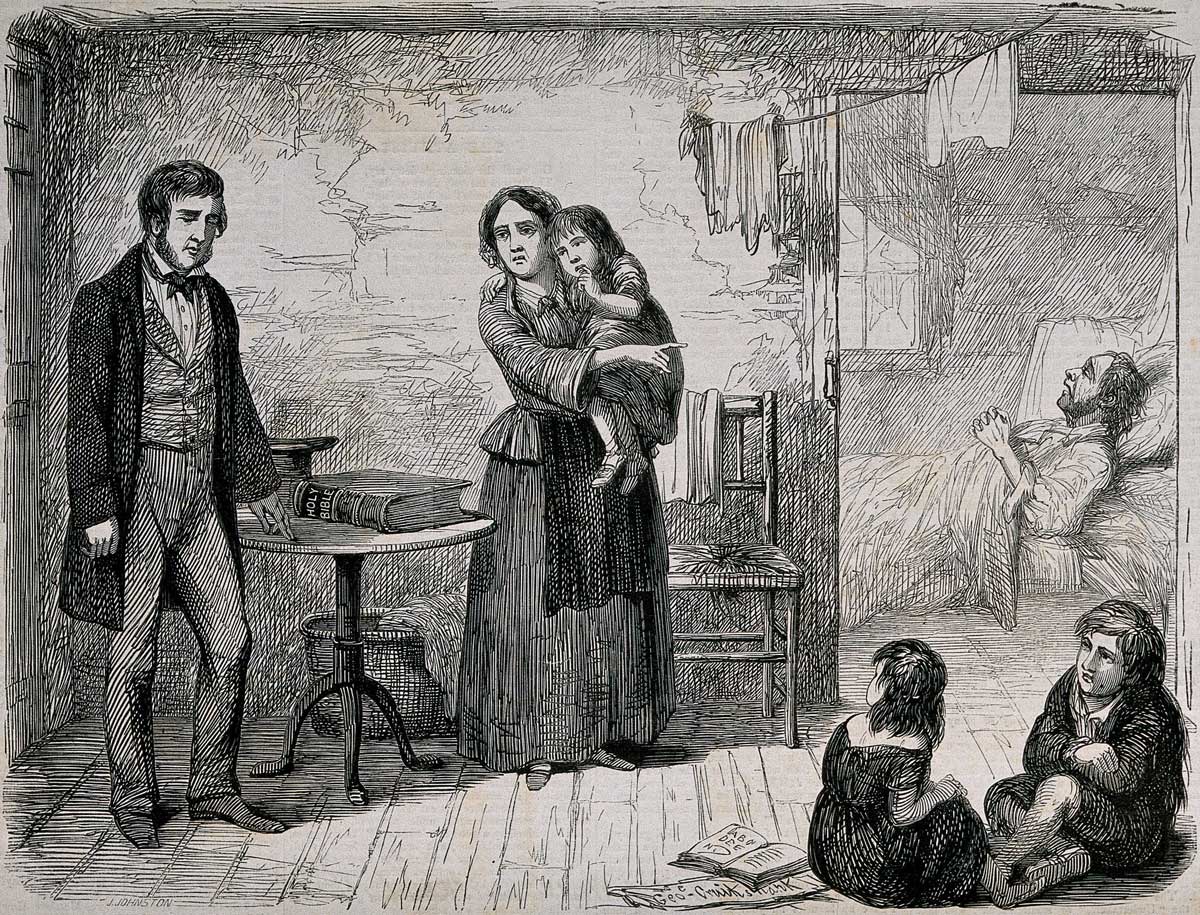 In her last book, Liberty’s Dawn, Emma Griffin argued that Britain’s Industrial Revolution brought significant gains to men’s lives. Drawing on hundreds of working-class autobiographies, she showed how economic change meant higher earnings, greater variety of occupations and access to new worlds of politics, religion and leisure. Using the same unique source base, Bread Winner takes this story forward from the 1840s to the eve of the First World War, asking whether women and children’s living standards caught up as the economy continued to boom.

That real wages rose across the 19th century is undisputed, but so too is the parallel of mass poverty and ill-health. This provides a point of departure for Griffin’s enquiry, which explores how money flowed into working-class homes and what happened to it when it got there.

As Griffin’s title implies, the economic well-being of the Victorian family hinged upon the male wage packet. Men’s vastly superior earning power gave them a privileged status in the home and an entitlement to leisure outside it. By contrast, women’s subordinate position was mirrored in their domestic servility – cleaning, cooking, mending, laundering and caring for other family members. Wives bore the additional burden of turning whatever portion of a husband’s wages came their way into meals, clothing and fuel for the household.

Griffin is not the first historian to lift the lid on the working-class family or to argue that women’s economic dependence was foundational to Victorian society. Few, however, have explored these subjects in such depth or with such sensitivity to the words of working-class people. Griffin’s extraordinary collection of more than 650 autobiographies allows her to paint a richly textured portrait of these lives.

The significance of food, for example, jumps off the page through memories of fathers enjoying the breadwinner’s reward of a boiled egg, or female writers measuring the value of their domestic service posts by the quality and quantity of the meals which came with them. Girls were frequently kept back from school or wage-earning in order to help mothers at home and they were far less likely to enjoy the sliver of autonomy which paid employment bestowed upon their brothers. One woman recalled how her older brother went shopping for his own collars, ties and socks, an indulgence which she described as ‘an expression of his personality’.

Perhaps most revealing is Griffin’s analysis of how well men lived up to their breadwinning responsibilities. A quarter of fathers described preferred to spend their wages on drinking, smoking, gambling, womanising or, more rarely, some cherished social or political cause. Temptation was greater in the city than in the countryside, where men earned less but were more likely to hand what they did earn to their wives. Here we find the survival of pre-industrial conditions, in which rural poverty threw couples into a state of mutual dependence.

Meddling philanthropists make only occasional appearances, but the reader of Bread Winner is left feeling rather more sympathy towards middle-class social reformism than is usually the case. Thrift, cleanliness and temperance were not just bourgeois values imposed from above, but key to securing a good living standard for families, at least in the era before the welfare state. Griffin’s book also helps explain the rise of 20th-century feminism, with its critiques of women’s dependence and campaigns for equality. The battle against male privilege at home and at work continues.

Helen McCarthy is author of Double Lives: a History of Working Motherhood (Bloomsbury, 2020).

The Death of Seneca | History Today

The 3-letter words child psychologists suggest you use