Hrithik Roshan’s mother Pinkie Roshan recently took to her Instagram handle to share a cryptic post on Sushant Singh Rajput. Along with a picture of the actor, she shared a post that read, ‘Everyone wants to know the truth but no one wants to be honest.’ 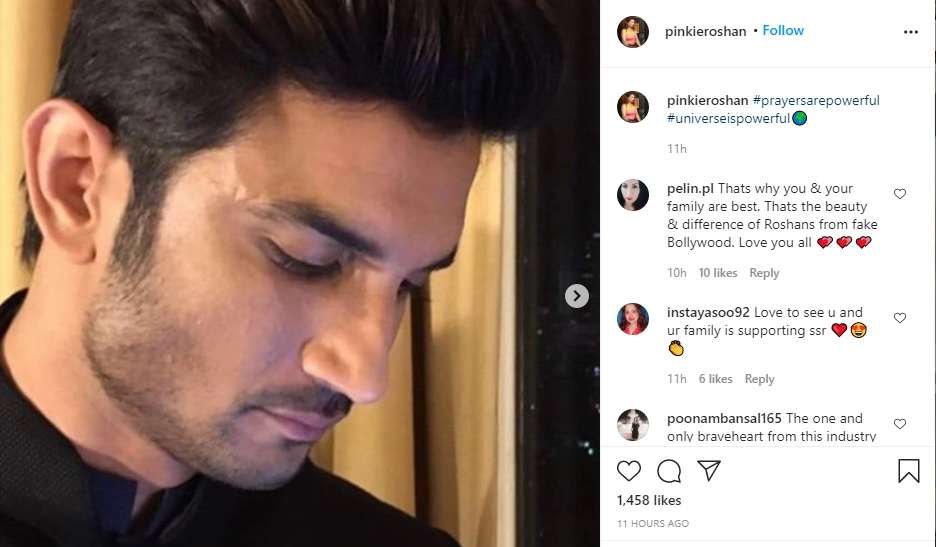 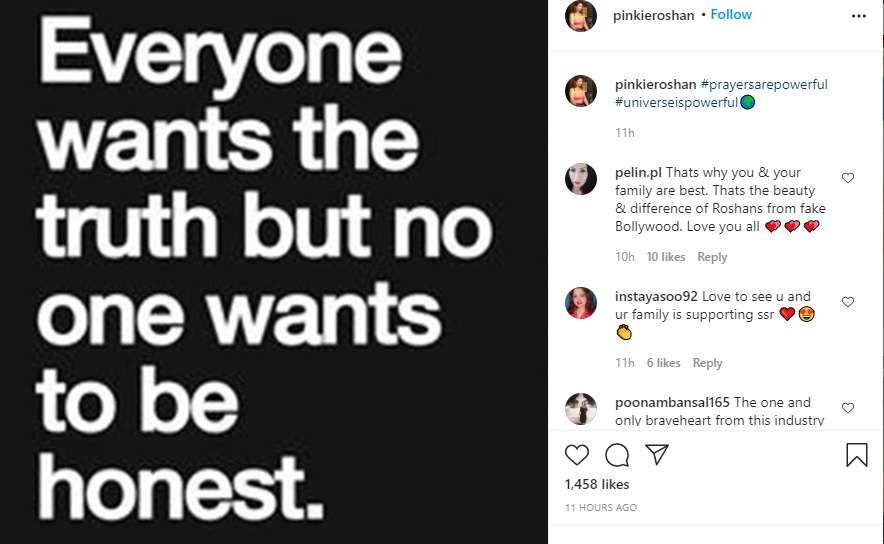 The star mother, who is quite active on social media, shared the post and captioned it as, ‘#prayersarepowerful #universeispowerful🌍’

Sushant Singh Rajput’s sister, Shweta Singh Kirti has also been initiating and leading the campaigns worldwide to seek justice for the late actor. His fans across the world have been lending humongous support to the campaigns and the global prayer meets.

Sushant was found hanging in his Mumbai apartment on June 14 under mysterious circumstances. His case is currently being probed by three investigative agencies namely, the Central Bureau of Investigation (CBI), the Enforcement Directorate (ED), and the Narcotics Control Bureau (NCB).

The late actor was last seen on the big screen in Nitesh Tiwari’s ‘Chhichhore’ co-starring Shraddha Kapoor in the lead. The film also featured actors like Varun Sharma, Tahir Raj Bhasin, Naveen Polishetty, and others in key roles. ‘Chhichhore’ received positive reviews from the audience and the critics alike.

Donald Trump concedes defeat, then walks back as violence breaks out in US capital | World News