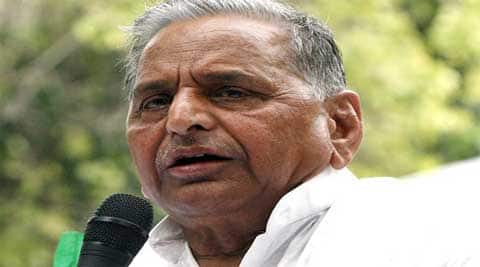 Samajwadi Party supremo Mulayam Singh Yadav at the swearing-in function of Governor B L Joshi shot back at the reporters over the issue of doctor’s strike in UP.

Apparently upset with the media coverage of the strike of junior doctors in Uttar Pradesh, Samajwadi Party supremo Mulayam Singh Yadav today snapped at journalists when questioned about deaths due to the agitation, asking them “Has someone in your family died”?

After the swearing-in function of Governor B L Joshi here, when asked by reporters about the number of deaths due to strike of junior doctors, Yadav shot back, “Kaun mara hai… apke pariwar me koi mara hai (Who has died? Has someone in your family died?)”

“Aap doctors ki hadtal ko mahatva de rahe hain, doctors ko hadtal nahi karni chahiye thi (You are giving so much importance to the strike, the doctors should not have gone on the strike),” he added. Blaming the media for the way it has covered the strike, the Samajwadi Party supremo said, “If you report properly then strikes will end. Why hype the doctors’ strike so much?”

The seven-day strike adversely impacted medical services in several parts of the state. The strike was taken up after medicos at GSV Medical College were allegedly beaten up by Kanpur police and supporters of SP MLA Irfan Solanki following an altercation.