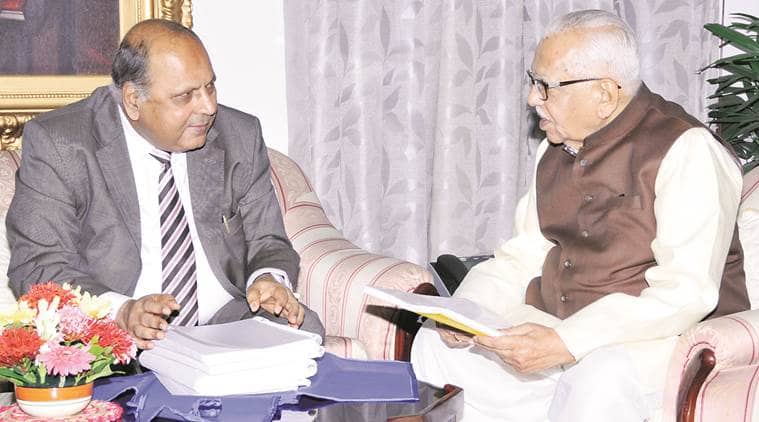 Your report has not yet been made public, but political parties have already started reacting on it?

During these two years and 14 days, I have been mindful about the sensitivity of the issue, that I was dealing with an incident involving two communities and the thin chord between the two. So, I restricted myself to the evidence for basing my report… While I always had in mind that some might be critical about the feasibility of the method I had adopted, I have been objective and fair. I even took the statements through affidavits. However, Indians are judgmental and we tend to run down everything that one has done right away and it would not be surprising if the first reactions are critical. Some of my judgments have been criticised in the past, but I do not care because what is fair to one might not be for another. I have been accountable to my conscience and fair in my method.

What was the most difficult part in the whole process as the commission was initially formed for only two months, but it took over two years to complete it?

Twenty-five years that I spent arguing cases and over a decade that I spent deciding with rationalisation as a judge, this has been the most difficult judgment of my life. While 775 pages are the outcome of it, it involved hours of sitting with affected families, politicians, officials with constant reminder to myself about the sensitivity of the issue. I edited my recordings each day and read my report at least five times before submitting it. While average sittings have been of four to six hours, the most exhausting was taking down the 13-hour long statement of then district magistrate (Muzaffarnagar) Kaushal Raj Shamra, which after massive editing runs into 40 pages of my report. We sat from 10 am to 11 pm, recording and revisiting. Having dictated the happenings of the day, I would wake up in the middle of the night with some facts. Fearing that I might lose it in the morning, I would jot it down on the paper to include it in my report in the morning.

You say that you based your report only on evidence, so what did the evidence broadly point towards?

Evidence made a few things clear. While the fallout of murders in Kawal village was polarisation of the society, its gradual build-up had started four to five months before the incident. Kawal murders only acted as a catalyst. Once it began, neither Hindus nor Muslims showed any restraint. Each one thought that their trauma was the

worst and their side of the story was true. The Hindu version was that sexual harassment led to the incident, whereas the other side believed that collision of Shahnawaz’s motorcycle with that of Hindu party led to Kawal murders.

You recorded statements of 377 people from public and 101 officers before concluding your findings.

While writing the report, the thought that came to me again and again was that officers acted in turmoil and I am writing in tranquility. They had to respond in seconds, while I had the luxury of going through my report several times before submitting it. I had to see everyone’s perspective, but there was never a doubt that my report had to be objective, based on evidence and evidence alone.

Violence erupts in Hathras after ‘gangrape victim’ immolates self