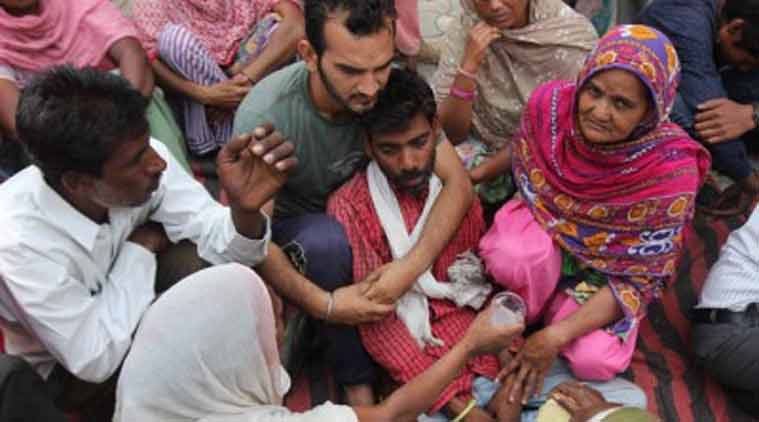 The Punjab police on Thursday arrested three person in connection with the death of a 13-year-old girl who died after jumping off a running bus to escape molestation in Moga area of Punjab.

Addressing a press conference, Punjab DGP said three accused in the Orbit bus accident have been nabbed and maintained that no special treatment is being given to the bus company, owned by Deputy Chief Minister Sukhbir Singh Badal.

The DGP also informed that other passengers of the bus are being located to help in the investigation. The DGP, however, ruled out interrogation of the Deputy CM.

Meanwhile, the incident echoed in Parliament with the members of Congress and Aam Aadmi Party attacking the Akali Dal-BJP government in the state over the law and order situation.

Members of both the parties from Punjab stormed the well of the House denouncing the state government.

In pics:  Family in shock after teen jumps to death from bus in Punjab

Ravneet Singh Bittu and Santokh Chaudhary (Congress) Dharmveer Gandhi and Bhagwant Mann trooped into the Well after their efforts to raise it were unsuccessful.

Speaker Sumitra Mahajan said they could raise the issue during Zero Hour in the evening.

As the protests were unrelenting, the Speaker adjourned the House for five minutes.

Reports said the girl and her mother jumped off a moving bus in Punjab’s Moga district to avoid being sexually assaulted by the conductor’s assistant, after the driver refused to stop the bus and the conductor did not come to their help.

J&K: Four get death for rape-murder of minor