Home Photo Gallery Rhea Chakraborty snapped at Santacruz police station, a day after she was...

A day after her release from Byculla jail, Rhea Chakraborty was snapped at the Santacruz police station. According to one of the bail conditions, the actress has been asked by the High Court to mark her presence at the nearest Police Station from her residence anytime between 11:00 a.m. to 5:00 p.m. to show her availability. Rhea will be following this protocol for a period of ten days from her release. 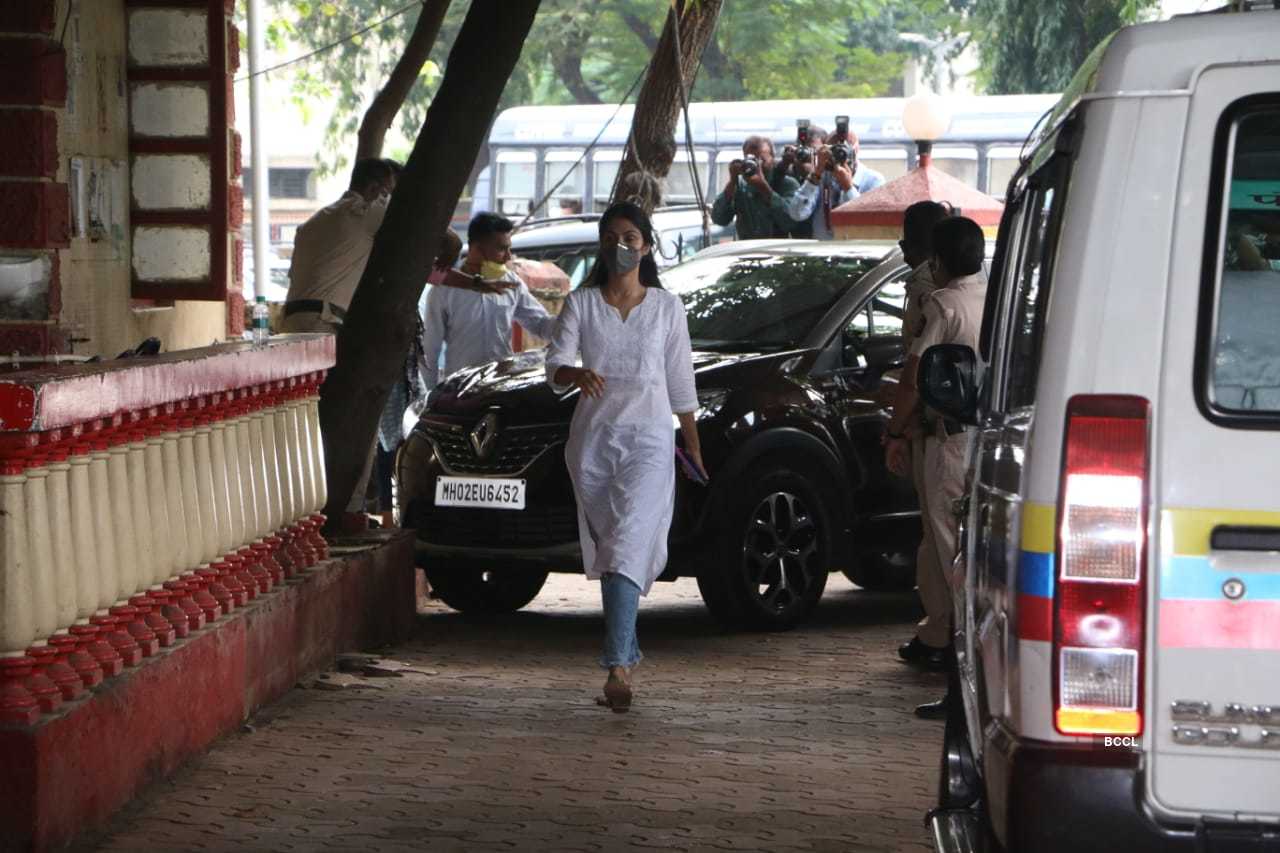 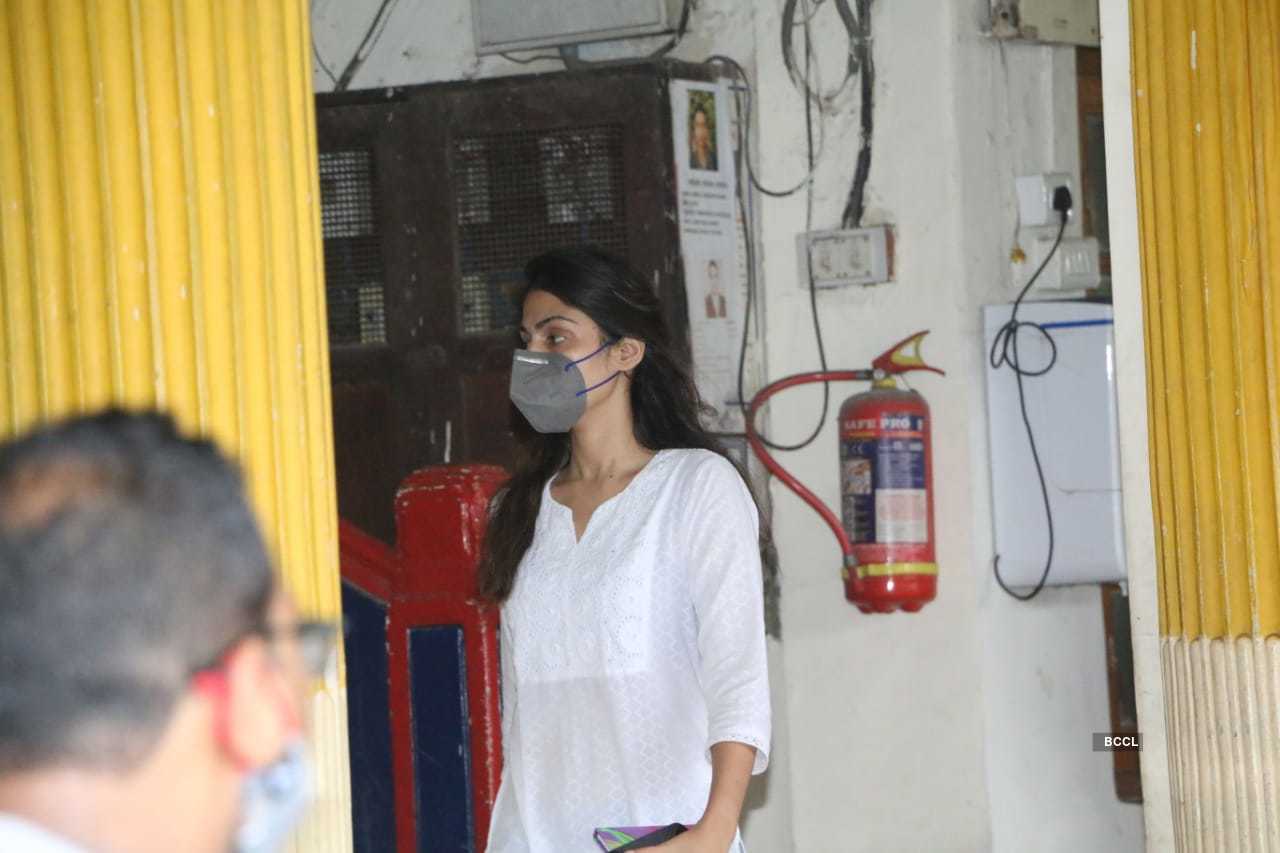 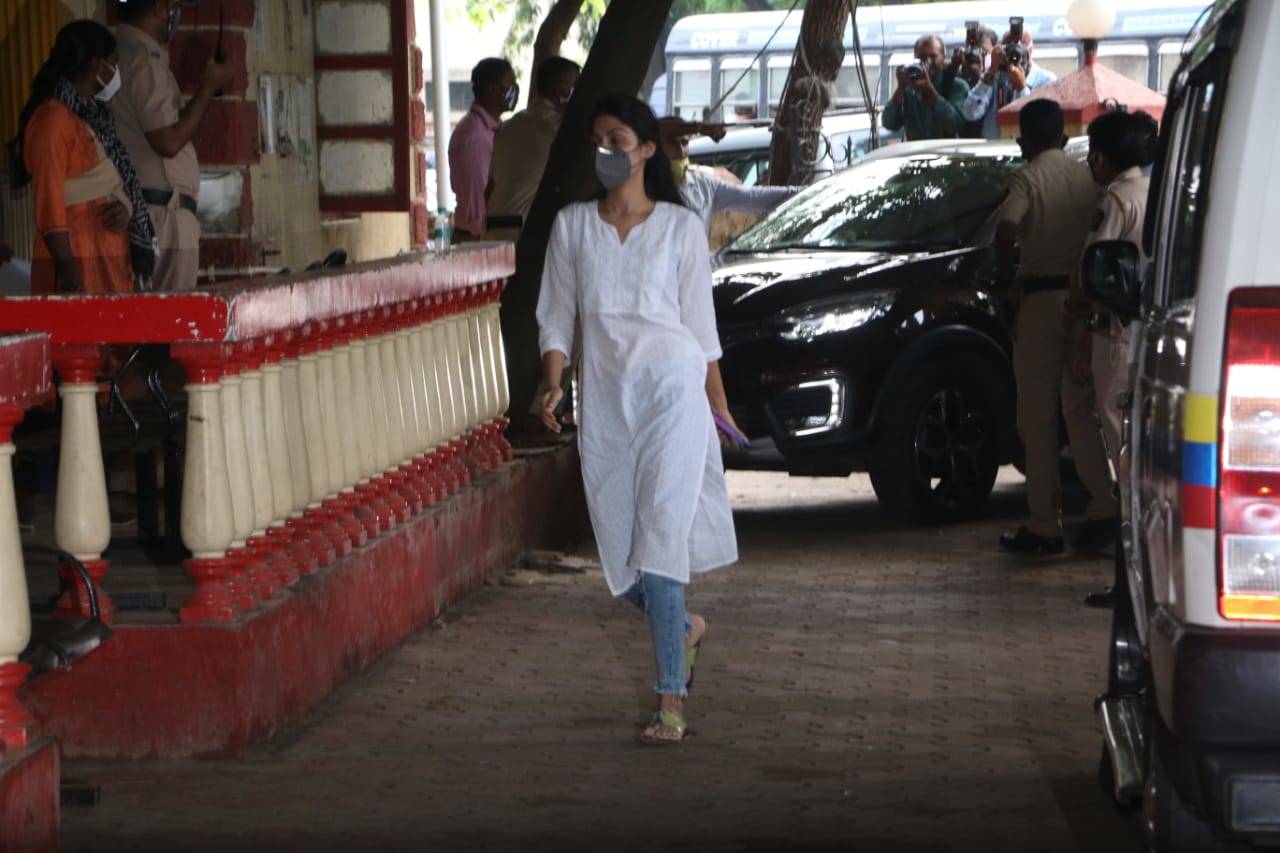 Sandhya Chakraborty, Rhea’s mother, recently spoke to TOI and shared, “What she has gone through… how will she heal from this? But she is a fighter and she must be strong. I will have to put her on therapy to help her get over this trauma and reclaim her life.

During her 28-days stay in the prison, Rhea reportedly lived like a commoner. While speaking to a news portal, Rhea’s lawyer Satish Maneshinde had stated that the actress would conduct yoga classes for herself and her jail inmates. He also revealed that Rhea could not get home food because of the pandemic and that she lived with the inmates as if she was a commoner.

Apart from Rhea being called in to mark her presence for 10 days, Rhea has also been asked to furnish bail amount of one lakh. The ‘Jalebi’ actress has been told to deposit her passport with the investigating agency and also attend the office of investigating agency on first Monday of every month between 10:00 a.m. to 11:00 a.m. to mark her presence, for a period of six months.

Zohnerism – all about twisting of simple facts to confuse people.

Unknown facts from the Ramayana