Riddhima Kapoor shared some happy memories from Neetu Kapoor’s birthday from 2017. From a glowing Neetu Kapoor to a cheerful Rishi Kapoor and their darling granddaughter Samara – this throwback picture aptly captures the Kapoor family in a happy mood. 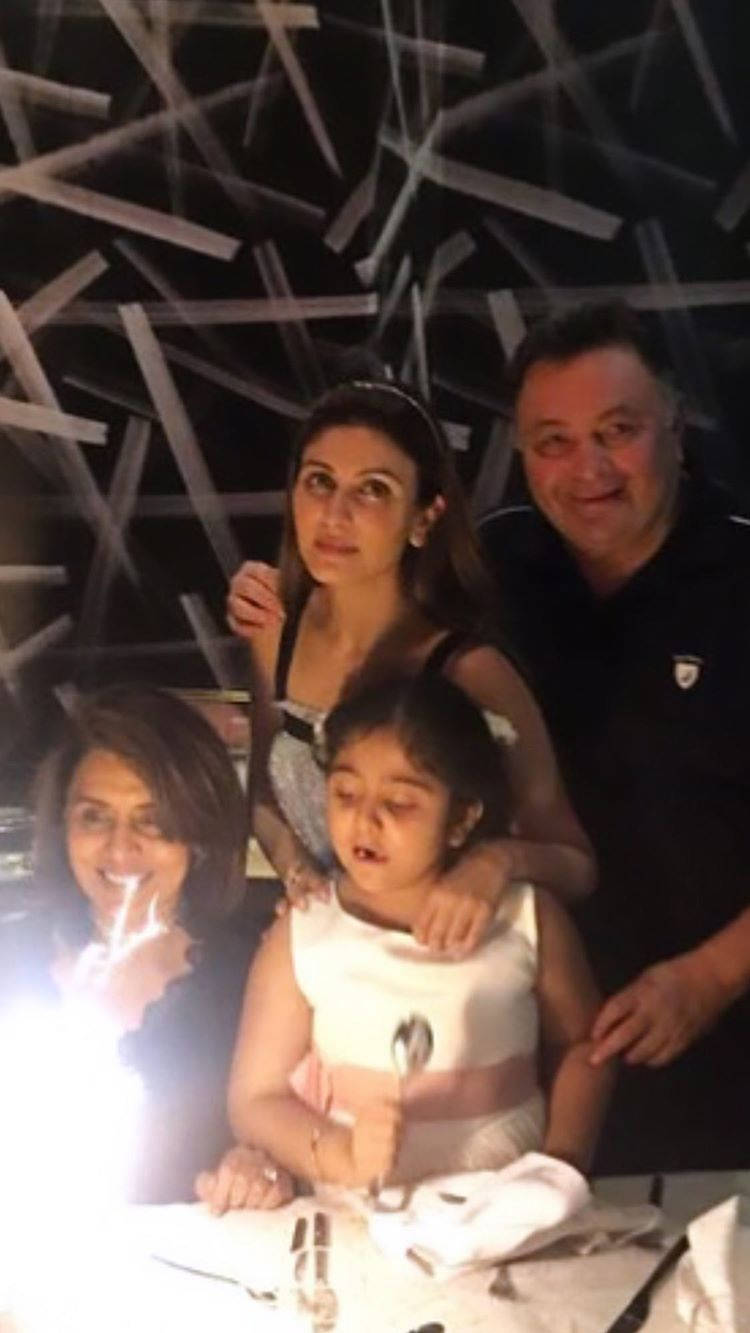 Back in 2017, Neetu Kapoor had also shared a glimpse of her celebrations on Instagram with a family picture which also included Ranbir Kapoor.

Earlier today, Neetu Kapoor had whipped up a healthy, gluten-free Frankie for dinner and daughter Riddhima had shared a glimpse of the same on social media. Riddhima had travelled to Mumbai by road, soon after her father passed away. The Kapoor family had a small prayer meet for Rishi Kapoor last week at Neetu Kapoor’s Bandra residence. Alia Bhattt was snapped arriving with Ranbir.

Rishi Kapoor’s last film ‘Sharmaji Namkeen’, for which he had shot extensively in Delhi, will be released on the big screen post lockdown. The makers of ‘Sharmaji Namkeen’, Ritesh Sidhwani and Farhan Akhtar are reportedly planning to complete the film using CGI.

An emotional tweet by daughter made father’s taco truck a success,...