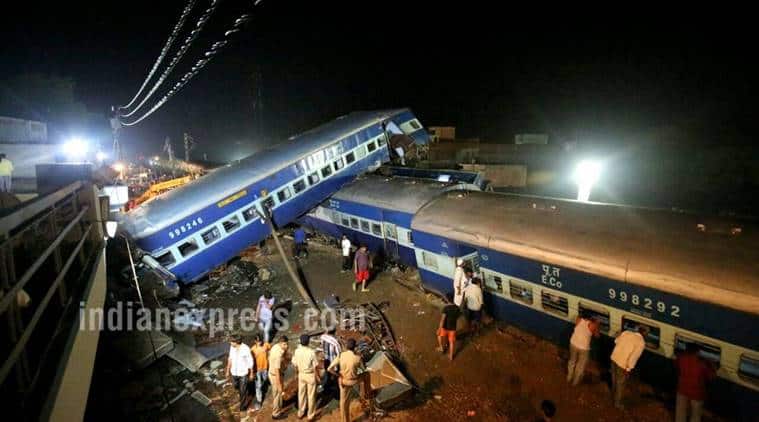 The punishment meted out to 11 trackmen involved in the Utkal Express derailment in August was on Thursday converted from dismissal to suspension pending disciplinary inquiry, in what Railways called a move to “make the case more watertight”.

The 11 trackmen were handed a memo for dismissal under Rule 14 (II) of Railway Servants (Discipline and Appeal) Rules, 1968, after the accident. On Thursday, the divisional authorities in Delhi converted that into a Standard Form 5 punishment, which entails departmental probe for major penalty, where the maximum punishment is dismissal from service. They still remain suspended.

The Railway unions had been demanding this for long, citing the fact that the Commissioner of Safety report on the accident, while naming Permanent Way Inspector Pradeep Kumar as guilty, had not named any of the trackmen as directly responsible even though they were part of Kumar’s team that carried out the work of changing a glued joint.

While Kumar, having been named in the CRS report, remains dismissed under Rule 14 (II), the 11 trackmen will now face departmental disciplinary inquiry. This, according to Northern Railway officials, is to make sure that their eventual dismissal cannot attract any relief from the courts. “Without this, they could have always challenged their dismissal saying the CRS report had not named them. So we had to make our case stronger for dismissal by placing them under our probe following relevant provisions,” a senior officer of Delhi division told The Indian Express.

The other side of the argument is that by converting their punishment of dismissal into a departmental chargesheet, Railways is giving them a window to prove that not all of them were directly responsible for the events that led to the derailment, which killed 20 and injured at least 90 passengers. This, senior zonal officials said, were as per “principles of natural justice”.

“Major disciplinary action can culminate in removal/dismissal from service. Moreover, they are suspended from service and not taken back on duty. Therefore, none of them is off the hook. The main culprit, PWI Pradeep Kumar, held responsible in the CRS inquiry, continues to remain dismissed from service,” said a Railway Ministry spokesman.

Youth arrested for robbery inside ATM centre in Hyderabad

SC seeks report on probe into rape of Hisar student