Since its launch in 2010, the Volkswagen Polo has been in a constant state of evolution. Over the years, it has been powered by no less than eight different engines, however, it is this 2020 model that gets the most accomplished engine yet.

The new 999cc, three-cylinder direct-injection turbo-petrol engine — an International Engine of the Year award winner — is both densely packed with technology and finely engineered to deftly balance the conflicting requirements of both power and fuel economy. Compared to the outgoing 1.2 TSI unit, power is up by 5hp to 110hp, while torque remains an identical 175Nm, albeit from a slightly higher 1,750rpm (vs 1,500rpm for the 1.2 TSI). 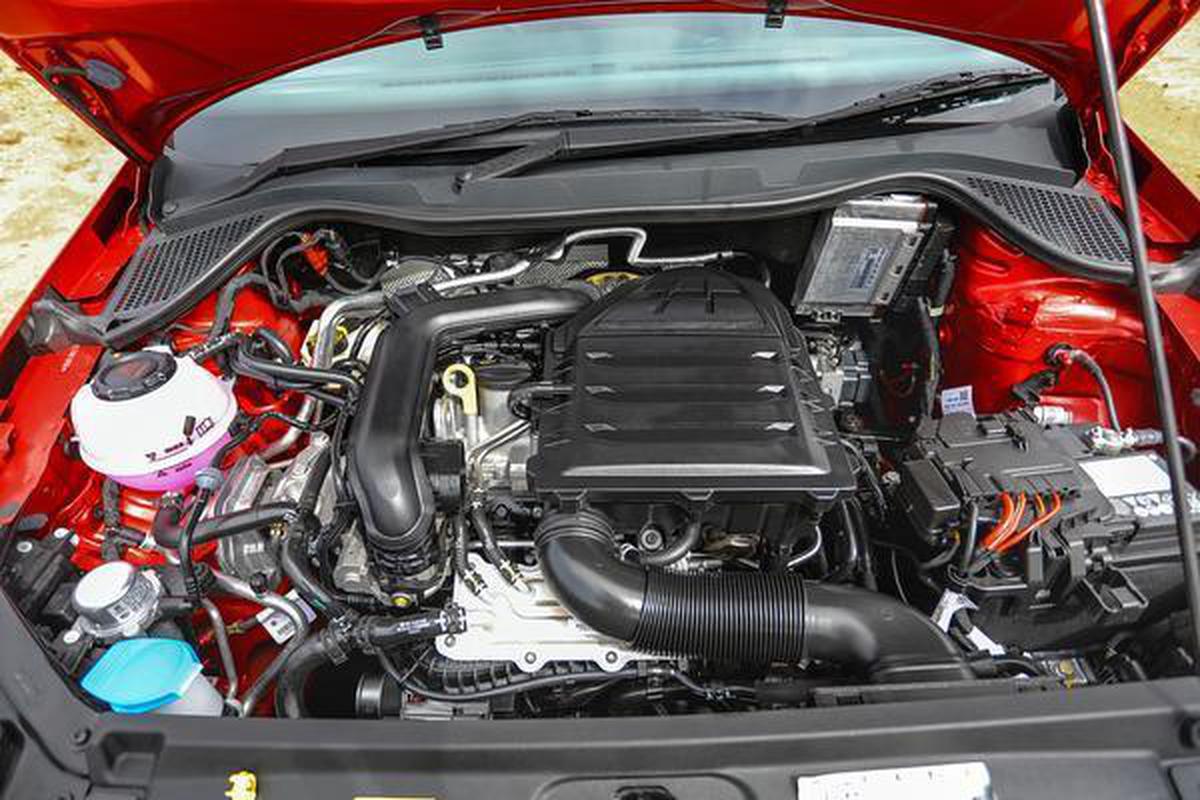 Also new are the gearbox options. The TSI unit is available with a 6-speed manual gearbox for the first time, while the quick-shifting DSG gearbox from before will be replaced by a conventional 6-speed torque converter auto (it is not in showrooms yet).

Apart from the engine, little has changed on the Polo. The shape is timeless and still exudes that solid Teutonic feel. The crisp details still elicit long, appreciative looks, and what adds to the appeal is the new GTI-like nose introduced with the facelift last year. There is also an extra bit of cladding that stretches along the running board and around to the rear, merging with what looks like a faux diffuser.

The cabin too is quite familiar and, in fact, feels like it has been carried over unaltered, with only a few important features added. As before, build quality is a highlight of the Polo. The ‘thunk’ when you shut the door speaks volumes and what also lends an air of quality is that the buttons are built to a high standard. The predominantly black-and-grey cabin though feels dull. The 6.5-inch touchscreen is not very large but the quality of the display and touch function is good. In fact, using the system is quite seamless, and Apple CarPlay works particularly well. Those who love driving will also appreciate the sporty instrument panel with its white-on-black numbering and the monotone central display. And then there is the leather-wrapped flat-bottom steering wheel, a tactile experience in itself. The front seats offer good seating comfort and the driving position is excellent too. Rear-seat space has not been the Polo’s strongest point; however, that said, the seat is not a bad place to be, especially if you are not very tall. Thigh support is good, the cushioning is just right and the backrest is nicely reclined too.

When it comes to kit, VW has deleted some essential items. There is no rear parking camera, no ESP and no LEDs, but on this Highline Plus, you do get stuff like a cooled glovebox, cruise control, voice commands and one-touch power windows.

Performance, by any yardstick, is strong. The tug from 3,000rpm to around 6,000rpm delivers a strong push in the small of your back; shift up a gear and there is not much of a let-up in performance. Acceleration is so strong, the 1.0-litre does the 0-100kph sprint in just 9.97sec, making it one of the fastest hatchbacks around and a full second faster than the 1.2 TSI. Accelerate further and by the time you get to 160kph, that gap is more than 6sec! 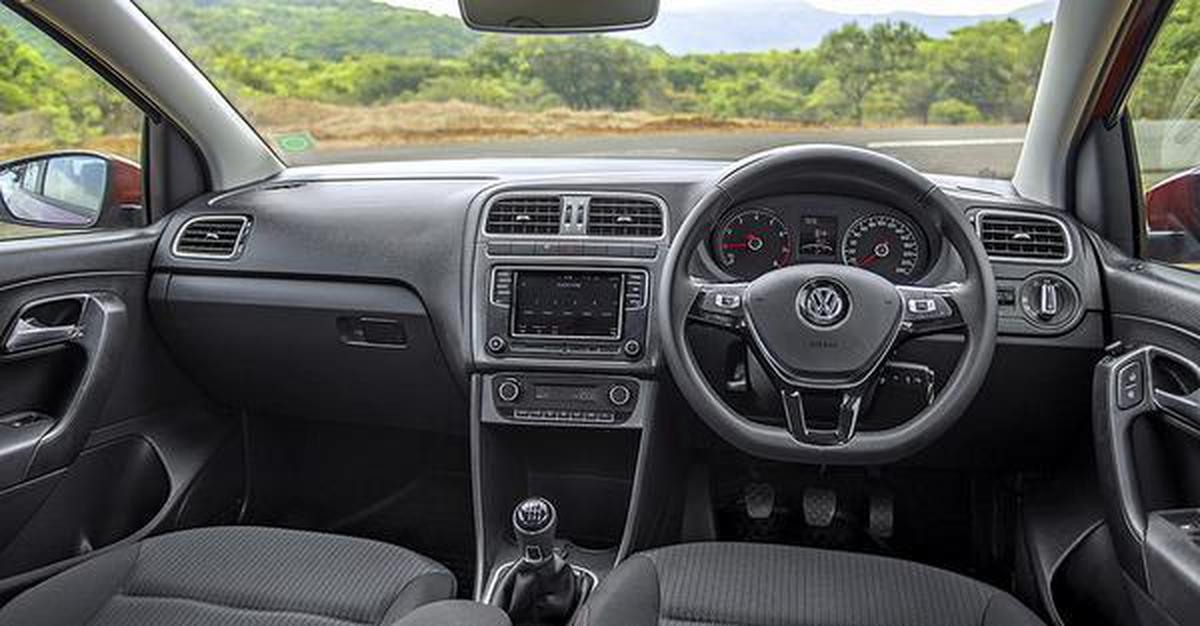 The unit also pulls cleanly from low engine speeds, making it easy to drive in traffic. Get off the clutch, even from as low as 1,100rpm in any gear, and there is not too much judder or hesitation. Acceleration, however, is a bit flat and power does not come in strong until you pass 2,500rpm.

Rowing through the gearbox to keep the engine on the boil adds tremendously to the driving experience and the well-chosen gear ratios squeeze the most out of this engine. The 6-speed gearbox, however, takes a bit of effort to slot through the gate, and on occasion feels a bit notchy. 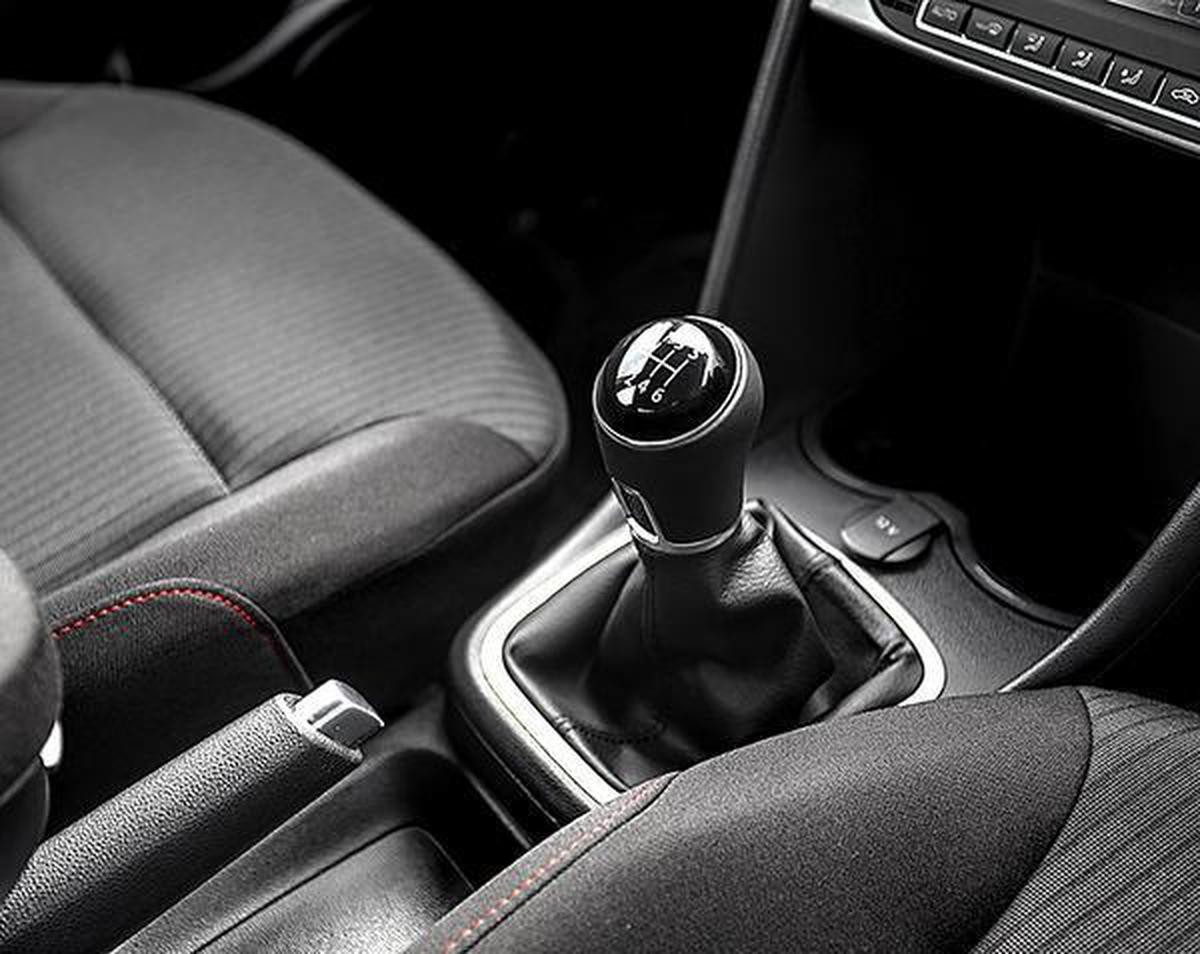 Lopping off one cylinder has compromised refinement to some extent and the discordant beat of the three-cylinder engine is noticeable. Idle is a bit lumpy and you can feel a few pulses coming through the clutch. The lack of a balancer shaft means it certainly is not as smooth as Ford’s 1.5 three-cylinder Dragon — the benchmark for refinement. Also, 1.2 TSI owners will clearly miss the silky smooth responses and seamless punch of the bigger four-cylinder unit.

However, where the hatchback hits it out of the park is around corners. The steering is direct, slack-free and weights up nicely as you go faster. The car also enters corners with a lot more confidence. It effortlessly carries speed into corners, the turn-in is sharp, body control is decent, and the big wheels and grippy tyres really allow you to keep speeds up. It even rides well. There is a hint of stiffness in the springs, but the suspension manages to round off sharp edges quite nicely. Even large craters are not much of a problem.

Keen drivers will really enjoy the well-rounded performance of the new Polo 1.0 TSI, which really comes together as a great driver’s car. In fact, for sheer driving pleasure, you will not get anything more entertaining for the money. The 1.0 TSI is also efficient. The official figure stands at 18.24kpl, which means a real-world figure of between 11-12kpl on our city cycle.

If you are looking for space, comfort and practicality, the new 2020 Polo 1.0 TSI is not the hatchback for you. However, shift your gaze to the driver’s seat, and the 2020 Polo suddenly emerges as a front runner. Yes, the engine needs to be worked to get the most out of it, it is not quite as smooth as a four-cylinder, and some important kit has been deleted. Still, if you are looking at enjoying your time behind the wheel, the gracefully ageing Polo with a new heart is a compelling package.

Outright performance is what sets this car apart, and right now there is no other quicker mainstream hatch. It is stable at speed, loves to tackle corners, and goads you to drive it quickly. Put simply, this is a brilliant driver’s car . Adding to the feel-good factor is Volkswagen’s legendary build quality. It feels solid, both inside and out, and you know that even after five years of hard usage, it will not look the worse for wear.

At ₹8.02 lakh, it is not too far off the car that currently dominates this class — the Swift ZXi+ at ₹7.58 lakh. For the same money, you can get a compact SUV too, but that will not be half as much fun once the newness wears off.

Andhra schools to reopen on Monday, only 16 students per classroom

High-Protein Diet: How To Make Chicken Stew For A Comforting Meal...

Is forgiveness the secret to a successful marriage?