Manish Malhotra, Anita Dongre, Tarun Tahiliani, Gaurav Gupta and Rahul Mishra get candid about life in lockdown and more in a new series

The humble face mask has powered dozens of charity drives this year. Also, the last four months have seen designers around the world exploring the artistic potential of what is now considered the first line of defence against Covid-19. Behind the Mask is the latest in this department, uniting five of the country’s leading designers, a global magazine publisher and a fashion e-tailer. “Years from now, we will agree that the mask was the metaphor for our times…for 2020,” begins Alex Kuruvilla, MD of Conde Nast India on a Zoom call from his living room. 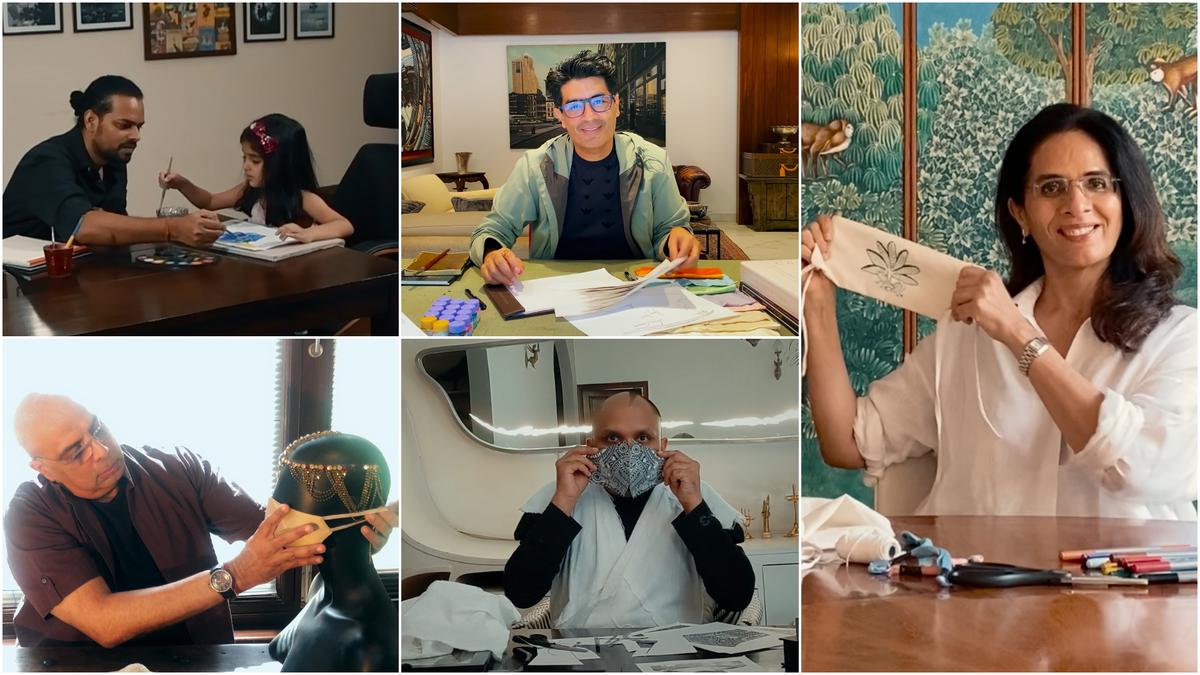 Kuruvilla’s lockdown project began by getting a few fashion designers on the phone. Would they allow an intimate look at their lives during the pandemic, as they address isolation and being locked in with both fears and conquests? The first five he reached out to for the web-series — Manish Malhotra, Anita Dongre, Tarun Tahiliani, Gaurav Gupta and Rahul Mishra — agreed almost instantly. Each of them was also expected to create a prototype of a mask, to then inspire 20 different designs made in cotton. Retailed on Myntra, the profits would reach Indian karigars (craftspeople) through online donation platform, GiveIndia. But Kuruvilla, former chief at MTV Networks India, wasn’t done with the planning. A friend and MD of Discovery Communications India, Megha Tata, had confirmed that the videos could air on lifestyle channel TLC and on Discovery Plus. “We now needed something that was broadcast quality and not just for a website,” he says. Anita Horam, director of Video at Conde India, began supervising the script and technicals. Having worked on what they call Long-form Originals at the company and on shows like Vogue BFFs and Feet up with the Stars on Foot, she knew they would have to improvise. With everyone housebound, the five designers and their families had to pull out their own smartphones; three per designer. Horam launched into free-wheeling sessions with them and sent a simple tool-kit — it included thumbnails as reference to shoot like a pro, tips on exposure and ‘low-wide’ shots as per device and model, best time of day to shoot, how to reduce audio noise, and to use the biggest window in the room. “We did not want a staged piece, so no PR lines, no standard answers. There is a realness that is endearing,” she adds.

In the series’ promos, Rahul Mishra, who presented at Paris Haute Couture Week in July, is caught stressing over camera angles, while Manish Malhotra stumbles over the pronunciation of ‘masks’ (we’ve all been there, really). Tarun Tahiliani is self-possessed as usual, while Anita Dongre thinks long and hard before responding to a question (note that hers is the most successful Indian designer brand with a retail turnover of ₹800 crore in 2019-2020). Dongre was also the only one with a ring light, that blogger and YouTuber essential, during production.

At a time when publishing houses are pulling out all the stops to engage audiences — The New York Times’ Events division has virtual workouts and interactive classes on writing short fiction — what is the guarantee that this ‘unmasking’ of our designers will translate into sales? Kuruvilla, 60, is not taking any chances. The masks have been shipped to over a 100 top influencers, who will spread the word. And for Instagrammers not keen to splash out ₹499 on a mask, avataar.me, a Bengaluru-based AR advertising platform, has created a filter with all 20 designs.