The Mi Notebook 14 Horizon Edition laptops have 14-inch fullHD screens with 178-degree viewing angles and anti-glaring coating. Made of aluminium, the thin and light laptops have 91 per cent screen to body ratio. The Horizon Edition comes in two processor variants; Intel Core i5 10th Gen and Intel Core i7 10th Gen. Both the variants have 8GB DDR4 RAM, 512 solid state drive (SSD) storage and Nvidia MX 350 discreet graphic processing unit (GPU). The laptops have 10 hours of battery life and support fast charging, according to Xiaomi. With screen stretched on borders, the Mi Notebook 14 Horizon Edition lacks built-in webcam. Thankfully, the company bundles an external webcam with the package. 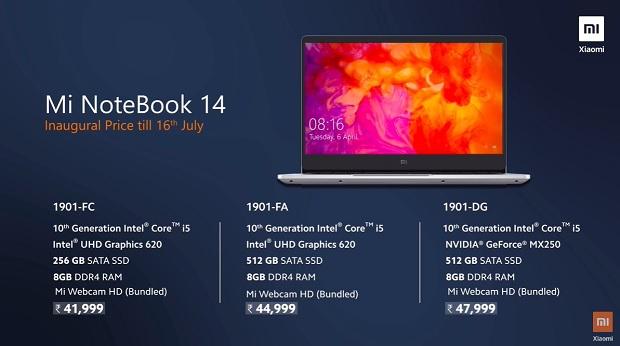 Be very aware of consequences if Section 230 is tweaked: Sundar Pichai

How many squats should you do in a day?

Opting to get pregnant in 40s? Know how safe is late...